Home>Tips>Use a Beehive Scale to Weigh Your Beehive 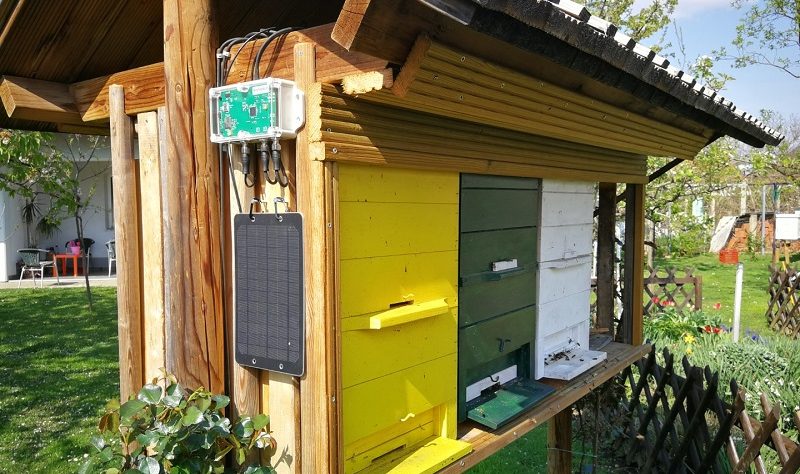 The weight of your beehive is a solid indication of the overall health of your bee colony, the productivity level of your bees, the amount of honey they produce, and the number of bees that make up the population. Monitoring a hive’s weight with the use of a beehive scale helps beekeepers understand the colony’s situation and identify the perfect solution for their specific needs.

How Much Do Beehives Weigh?

Beehives can be made almost anywhere and you can often see them attached to hollow trees, underground, or even in the open air. However, no matter the location of the hives, a natural hive’s weight can vary based on their size.

Hives in swarm or transit may include around 3,000 bees together with a queen. Small hives can grow a colony with a bee population of 20,000. Small-sized hives in a season can produce about 13 liters of honey to allow it to weigh about 35 pound when full. Meanwhile, empty small-sized hives can weigh about 5 pounds.

About 20,000 up to 30,000 bees can make up a medium-sized natural hive. Many of these will include the female workers, the queen, and some male drones. Medium hives can produce as much as 20 liters of honey. On the other hand, the bees can weigh about 7.5 pounds.

Having said this, it is safe to assume that medium-sized full natural beehives can weigh about 55 pounds and empty medium-sized ones can have a weight of 9 pounds. The hive’s weight can also differ depending on the temperature, season, and environment where it is located. Hives are at their heaviest during spring, with their weight getting lighter during late summer until the winter months arrive.

A large hive may house as many as 60,000 bees. A queen bee in a colony can lay eggs at an average of 1,500 per day. After three weeks, these eggs will become workers and drones will emerge after 24 days.

During the lifetime of a bee, it can produce one tablespoon of honey, which means that 683 bees can produce 9.5 ounces. If a large hive has 60,000 bees, its content should be around 40 liters of honey in a single season alone. The total weight of a large full hive is approximately 110 pounds while an empty one can weigh about 17 pounds.

Knowing how much a beehive weighs allows beekeepers the current condition of the colony. The weight of natural hives is only an estimate because you won’t be able to determine their exact weight without destroying the hive and disturbing the bees. You can always use a beehive scale to try to know the weight of your hives.