Home>Tips>Things to Check during Bees Monitoring 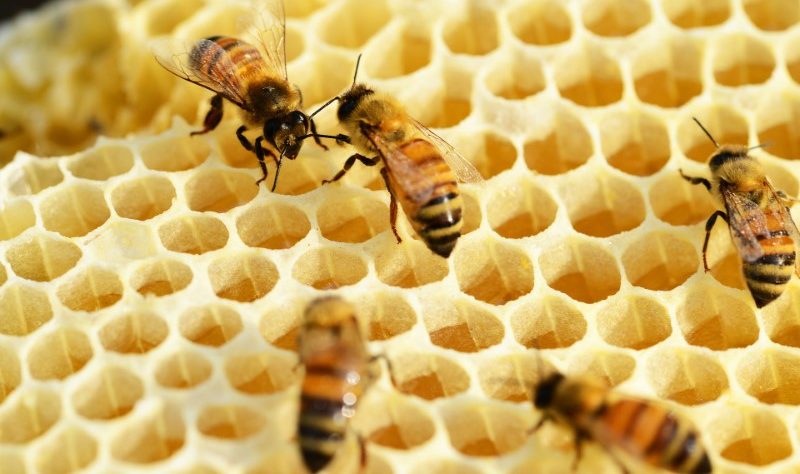 Assessing the strength of your hive through proper and regular bees monitoring is one of the most essential skills that new beekeepers should learn.

There are a lot of help resources for novice beekeepers that reference weak hives versus strong hives and instruct the beekeeper to reach a decision according to how robust their colony is. But the question now is how can you determine if your hive is strong or weak? How should you evaluate your colony’s performance?

The following are some of the important things you should check when monitoring your bees to determine if your hive is strong or not.

The size of the brood nest of your hive will vary throughout the year and depend on the location. However, a strong colony always maintains a strong brood pattern.

Large swaths of similar age brood are the indication of a strong brood pattern. You can easily observe it when this is capped. There is a patch where the cells next to one another are capped to form a solid pattern.

When the larvae are not healthy, these will be removed by the worker bees that will create holes in the pattern. It results to what is often referred to as a shotgun pattern and is a sign of a struggling colony.

During the process of bees monitoring, make sure that you check the larvae. These must be of pearly white color, curled to form a C shape. Larvae that look melted, discolored, malformed, or twisted are indications of parasites or brood disease.

Young larvae will float in a royal jelly pool. The colony is healthier if the pool of royal jelly is more generous. Larvae that look dry suffer from malnutrition and indicate colony stress. If the hive starves, the larvae may even be cannibalized just to keep the population of the adult bees alive.

While it is a good sign to have abundant honey, this is not always a proof that the colony is strong. Bees produce honey during summer and strong and store this for months. The mere fact that there are lots of honey in your colony doesn’t mean that they are strong and healthy at the moment.

There are weak hives with large amounts of honey during fall. Such colonies used to be strong at a certain point but have now become weak. Never judge the strength of your hive based only on its honey stores.

Pollen is a important part of the diet of honey bees and there is a strong relationship between abundant pollen stores and healthy and strong hives.

During bees monitoring, see to it that you consider the amount of pollen they have. Pollen is often stored near the hive’s entrance. When you have a Langstroth hive, it means that you might want to inspect the lowermost box.

Also, you can watch the hive’s entrance for incoming pollen that comes in the form of pollen pants. Once you notice this incoming pollen, this indicates a favorable condition for your bees. They may also be strong enough to make the most out of it.

The number of bees you have in your hive is among the first measures of a strong hive. Strong beehives are abundant in worker bees. There are times when this is from the entrance’s traffic. However, remember that the volume of working foragers can change depending on the specific time of the year or day and can also change due to weather.

Strong colonies may have plenty of traffic during daytime but the number may become small when afternoon comes. The traffic may also reduce during a cool day. See to it that you keep an eye on your hive’s entrance at various times of the day to determine the amount of foraging they do.

Don’t worry if there is reduced traffic one day and monitor for any ongoing trend. The more accurate way of judging the population is opening the hive. If the lid is cracked, a strong hive usually has bees that hang above the frames or these will be properly packed in between them.

As you go about your bees monitoring, study the brood comb and this must be covered properly with nurse bees. Nurse bees form a heat layer using their bodies similar to a blanket over the brood combs. Some bees must also be positioned in the honey supers. The combs as well as the stored honey from beetles and moths are protected by these bees. This part of your hive will significantly have fewer bees but if you see more, it indicates that your colony has a better population.

A strong colony will have more pollen, honey, and bees for winter compared to other colonies and usually come out the next season with such benefits. These strong colonies are going to perform much better during spring since they were already strong in the first place and there is no need for them to recover unlike other colonies.

If you only got one colony, bees monitoring may be a bit difficult since you will not have any point of comparison. It is the reason why it is highly recommended for new beekeepers to begin with a minimum of two hives. If this option is not possible, you can ask other beekeepers near you. They may be willing to allow you to shadow them to give you the chance of comparing their colony with yours.

If a colony turns weak, this may have a hard time protecting all the combs. Beetles and moths often move in and start destroying the combs while growing their own population. There are times when the combs become crispy and empty because of neglect. This unused real estate will be exploited by the beetles and moths but they may soon move to parts still used by the bees.

Your bees will be overrun if they are not strong enough for defending their hive. Take note that there are times when moths and beetles can be found in smaller numbers on the hive’s periphery even if the colony is strong so their mere presence doesn’t make your hive weak.